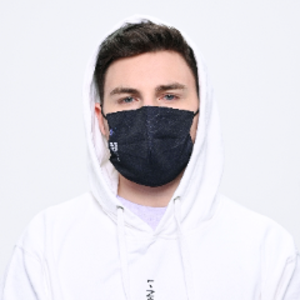 Coming off a stunning sweep of Chicago OpTic on Thursday, R­økkr prepared for a rematch against the other Group B titan, Dallas Empire.

The first match-up between the teams was in Stage 1; Røkkr won 3-2. A key question following the roster change that brought Standy to Minnesota was whether R­økkr could remain strong in Search and Destroy. Today the team proved the SnD chemistry is still there.

Like last time, R­økkr won both Search and Destroy maps and Control and Dallas won both Hardpoints. With the win today, Røkkr evened its stage 2 record at 2-2 and created a path to a top 3 finish in the group, which would yield a spot in the winner’s bracket at the second Major.

The entire Røkkr roster made key plays and lit up the scoreboard today. Priestahh turned in a consecutive strong performance with a 1.07 K/D and led Røkkr with over 18K of damage. Attach had the highest K/D at 1.1. The young gun Standy won several critical gun fights and Accuracy had a rare ace in SnD, a moment that gave Røkkr momentum they carried through to win the match.

Another strong SnD performance was highlighted by a rare ace by Accuracy in round 4. That put Røkkr up 3-1 on its way to a 5-3 map win.

Accuracy tallied another five kills to end the round at 9/2. Priestahh also turned in a strong round with a 9/4 score line.

Some of the most exciting Control action of the season culminated in a critical map 3 win for R­økkr. Minnesota went up 2-0, highlighted by an epic four killstreak by Standy to delay Dallas from securing the A point in round 2. Røkkr was within 25 seconds of closing out round 4, but Empire held strong with critical kills to force a deciding Round 5.

Minnesota was on defense for Round 5. Dallas captured the A point with two minutes remaining and began its push towards the B point. Attach had two critical kills to slow them down with roughly one minute left. Shortly after, Attach won a critical 1v1 against Illey and Minnesota thwarted a final push from Dallas to close the map with a win.

A highlight from the rookie: in map 3, Standy went 31/40 but lead both teams in damage at 7,039, proving his impact and ability to create opportunities for his team to finish strong.

Even with their backs against the wall, Empire dominated the second Hardpoint map, taking an early lead they never surrendered. The easy 250-181 Empire win sent the match to map 5.

If Dallas expected R­­­­­­økkr to hold form and come into the second SnD with slow and methodical play, they were taken by surprise from the start. Minnesota won round 1 in just seven seconds, and nearly repeated that in round 7.

Dallas battled back after R­økkr won a few rounds to tie things up at 4-4. In round 5 Attach won a key gunfight with Shotzzy and the Dallas offense was faced with an inconvenient bomb drop.  Standy read Illey’s next move, eliminating him to put R­økkr up 5-4.

In the deciding round 10, Priestahh and Attach covered Standy while he planted the bomb at A and escaped cleanly with three Empire players in the vicinity. R­økkr then easily deflected the push by Empire and closed out the map, winning the match.