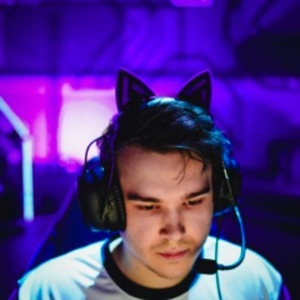 Version1 was very confident going into the game, winning the first three rounds including the pistol round. Many of the players assisted in clutching rounds, including last second defuse rounds and 1v3 situations. Nuturn called a tactical timeout after going 1-8, but Version1 continued to push and brought it to 10-3 after the first half. Another Tactical Timeout at 12-3 from Nuturn gave us a small breather but the team got the win going 13-3.

After the break, Version1 continued to punish Nuturn for the pistol rounds getting early picks and winning three straight against Nuturn. But, Nuturn showed signs of life and took two rounds in a row, bringing the score to 4-2. Clutch after clutch brought V1 to 7-2, winning three rounds in a row including a 1v3 win from Effys. But, a bout of close calls brought Nuturn up four games in a row, bringing the score to 7-6 after the half. A back and forth few maps evened up the score to 9-9. Version1 lost two in a row with a few mishaps and Nuturn got the upper hand with a lead of 11-9. Not willing to say die, Version1 tied it up 11-11. After a tight OT run, Nuturn ended up winning 14-12.

An unfortunate start to the map brought Nuturn up four rounds, winning both the pistol and bonus rounds. Version1 brought it back a little with three round wins, but Nuturn brought the heat and kept the lead at 6-3. V1 dug deep and evened up the game 6-6 at the half. After going down a few rounds, Version1 won four straight to take the lead 10-9. After a back and forth few games, Nuturn forced OT with the score 12-12. Unfortunately for V1, Nuturn proved their worth and ended the overtime with a 14-12 score over Version1. On to the Lower Bracket.

There is currently no events schedule for the filtered options.